Click on any of the thumbnails below to see a larger image or use the forward and backward arrows.
To see a full size image click on the large image. 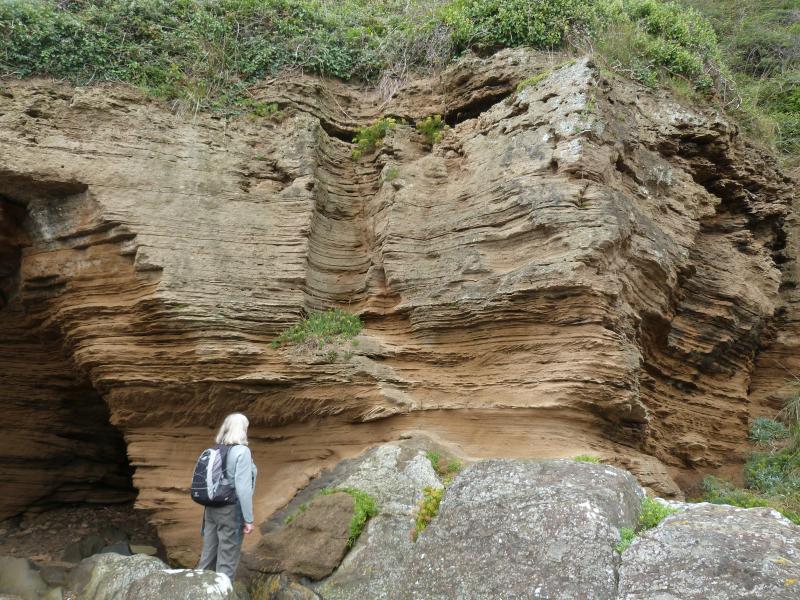 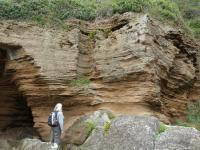 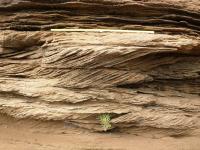 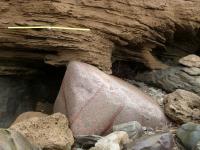 Pink granite erratic
Either lag deposit from eroded glacial till (?Anglian) or dropstone from grounded iceberg 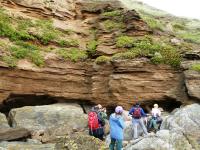 Other activities of a non-geological nature in Croyde Bay 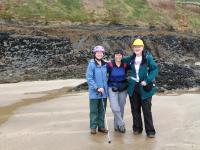 Stalwarts of the RGS 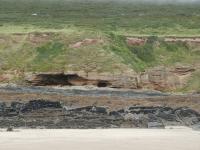 View of unconformity from the beach looking north-east 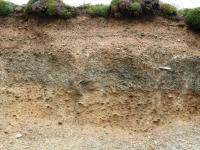 Another photo of the head deposit 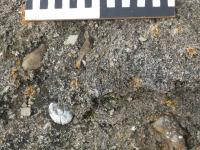 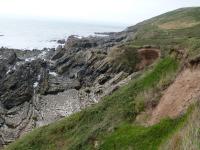 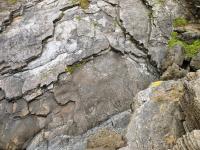 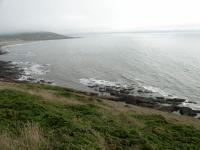 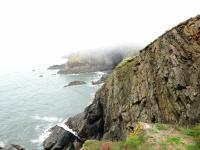 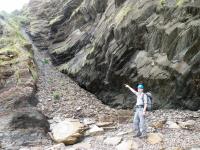 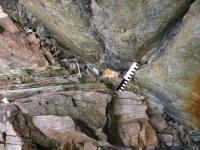 Fault gouge or breccia in disrupted sediments along the thrust plane 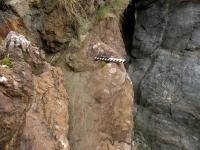 Slickensiding along part of fault plane 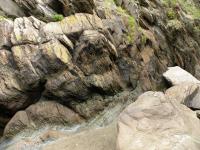 Small scale folding and saddleback structures in west side of cove 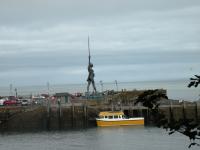 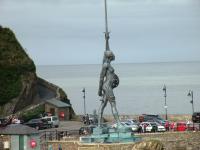 “Verity” by Damien Hirst, showing her innards in more detail! 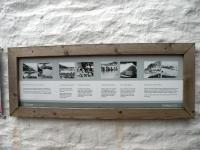 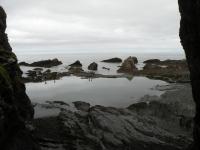 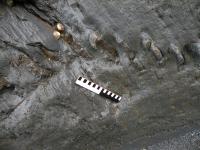 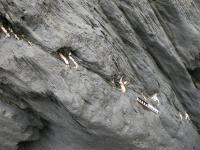 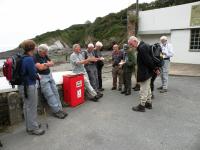 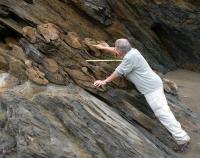 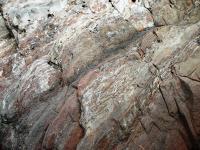 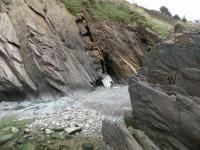 Prospecting for silver; small patches of galena and zincblende
Evidence of mineralisation thought to have occurred in the Permian